The return, after three years of one of our favourite and most original bands. We’ve had so many people requesting us to get them back, so here they are! 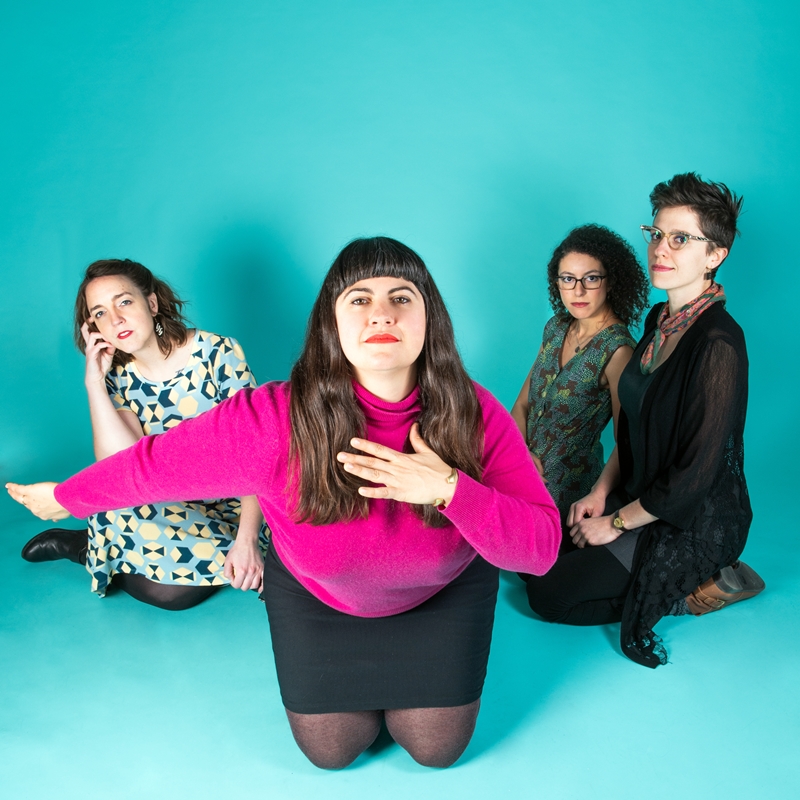 Laura Cortese and The Dance Cards are an indie-folk band made up of four singing string players. The Dance Cards’ sound moves seamlessly from gauzy, ethereal vocal harmonies (“The Low Hum”) to rowdy indie-rock percussion (“Stockholm”) to propulsive fiddle melodies directly from Appalachia or Scotland (“Swing & Turn”). At first glance, the band may resemble a string quartet – there are no guitars to be found. But from the moment Cortese kicks off the title track of her album CALIFORNIA CALLING with angular, percussive strumming and a powerfully sultry vocal, it’s clear that this is something else. This is post-folk that seriously rocks.

The Dance Cards’ most recent release, CALIFORNIA CALLING, is based in the lyrical rituals of folk while bringing the band’s pop sensibilities to the fore. CALIFORNIA CALLING won glowing reviews on both sides of the Atlantic and significant radio exposure, including as the Album of The Week on the Radcliffe & Maconie show on BBC Radio 6. When the band was flown in as one of the main features at Glasgow’s Celtic Connections festival, Laura Cortese & The Dance Cards wowed a full-to-capacity crowd at the city’s Royal Concert Hall and went on to be featured in associated radio and TV programs, including BBC Radio Scotland's Another Country with Ricky Ross and BBC Alba's Seirm.

Since then, the band has been preparing new music for release in 2020. This last winter Cortese felt more inspired than ever while spending six months in Belgium waiting for the spring touring season to arrive. In this time, she set out to write the band’s next record which she describes as, “full of groove-centric pop songs that make you want to move your body and shake off the endless tension of daily life.”

Laura Cortese & the Dance Cards is a band who draws inspiration from diverse experiences, communities, and musical traditions, melding them into a refined sound that’s broad-minded but clear-eyed. It’s not a stringband, not a string quartet, not an indie band, but somehow all of those at once, all while staying firmly rooted in an identity as folk instrumentalists. It’s adventurous and complex music delivered with power and heart.

‘Laura Cortese and the Dance Cards create a stunning, forward-looking sound that charts a path for innovation in folk music’ - PopMatters

‘Laura Cortese & the Dance Cards are pushing the envelope as a band, subtly, skillfully and beautifully playing their own wild cards’ - fRoots Magazine

‘There's so much depth in this songwriting, and the songs fall into my most favorite category of songwriting: using traditional forms to subvert the tradition’ - No Depression