Two of the UK’s finest singers, songwriters and most sought-after musicians join forces! 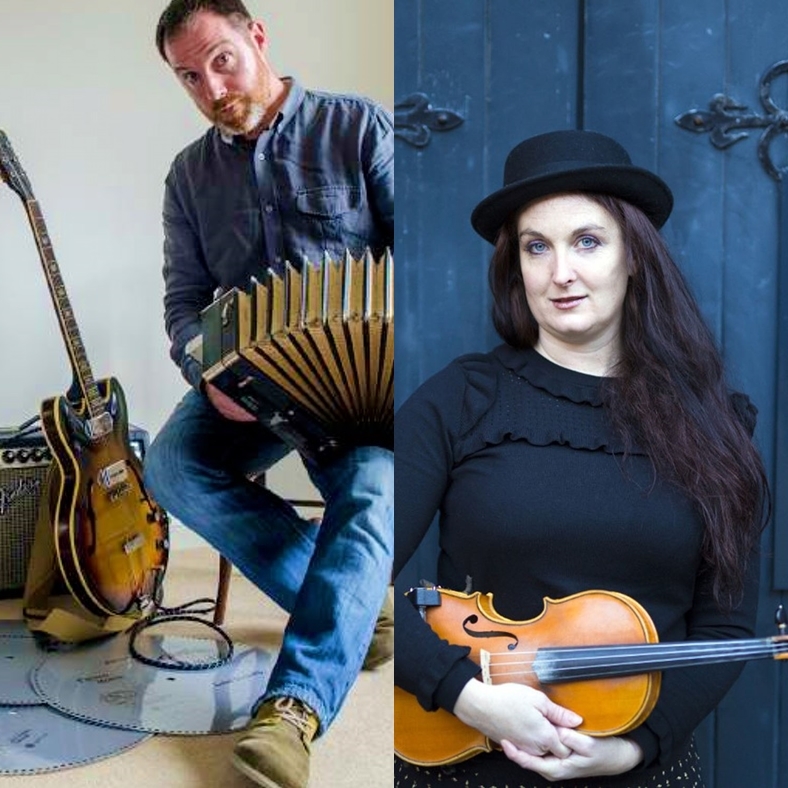 Since Luke Daniels’ landmark solo statement What's Here What's Gone in 2014, he's put down several more markers on the musical map. Revolve and Rotate had him transporting the 19th century's closest thing to hi-fi, the giant steel discs of the polyphon, to modern transcription.

A BBC award winning folk musician and former Riverdance band member who has performed with Ian Anderson of Jethro Tull, Cara Dillon and De Dannan. Folk Musician in Residence of the Scottish National Museum of Rural Life and tutor on the traditional music course at Royal Conservatoire Scotland in Glasgow.

He has performed at the Edinburgh Festival’s Assembly Rooms and on Broadway with Riverdance. His musical partnership with the School of Philosophy at Edinburgh University culminated in sell out shows at Celtic Connections Festival on two consecutive years with Songs of the Scottish Enlightenment. He recently sang and played live for Mark Radcliffe on his BBC Radion 2 folk programme and was described by Mark as a ‘master melodeon player.’

Already a respected interpreter of traditional material, Nancy Kerr’s emergence as a writer of rare style has drawn comparisons to William Blake in her reawakening of a radical folk mythology as a backdrop for contemporary narratives about love and conflict, motherhood, migration, hardship and jubilation, and the tensions between rural and urban life.

Nancy Kerr is the daughter of London singer-songwriter Sandra Kerr and Northumbrian piper Ron Elliott. Nancy is a simply outstanding writer of songs, one of England’s best-known folk fiddle players and in 2015 won ‘Folk Singer of the Year’ at the BBC Radio 2 Folk Awards. She is in constant demand as a songwriter, performer and teacher.

As well as the duo with husband James Fagan, her recent work has included the multi-award-winning ‘The Full English’ band, ‘The Elizabethan Session’, Melrose Quartet and the trio Simpson Cutting Kerr (with Martin Simpson and Andy Cutting). She is co-director of the Soundpost fiddle and singing workshop weekends in Sheffield. Her duo in the 1990s with Eliza Carthy saw her shoot to international prominence on the folk scene in her teens and she hasn’t looked back.