Thursday July 12th 2018, The Live Room, Saltaire. The debut performance of the Celtic Blues and Gospel Ensemble put together by Greig Taylor and Earl Thomas Bridgeman for the 2018 Edinburgh Jazz and Blues Festival .
Lets skip to the end of the show. The atmosphere on a balmy Yorkshire night was akin to people leaving a really upbeat Tent Revival Gospel meeting full of that inner light and good feelings that can be released at such events. Fair to say that most everyone felt very upbeat after a superb evening’s entertainment. A huge queue at the Merch table, longer than I have ever seen at The Live Room. Why? 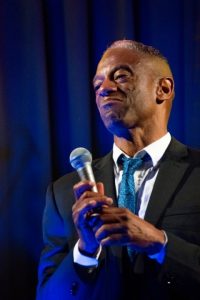 Well, The Live Room was chosen by Earl Thomas to debut this show. Put together by Earl and Scottish vocalist Greig Taylor to perform well known Gospel songs as though (Earls words) the slaves and the slave owners got together to have a jam session. Earl sporting a reddish streak in his hair, as homage to his Scottish roots (and Rod Stewart) explained said roots. Over 200 years ago a slave owner from Scotland John Bridgeman moved to Bledsoe County, Tennessee and fell in love with a lady slave named Delphea. They had 18 children, from that line came Earl Thomas’s parents. 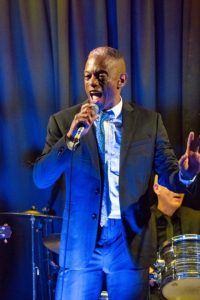 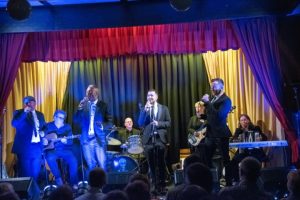 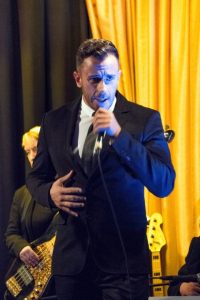 Earl wanted to retell the Gospel songs with the aid of Scottish ‘cousins’. Earl asked Greig if he knew suitable musicians. Silly question to anyone with an inkling of the current Scottish music scene. Greig came back with vocalists Gerad McArthur and Kris Boobyer, guitarist Sandy Tweedale, drummer Dave Cantwell, bassist Lorna Thomas and Gill Hunter on keys and accordion. Their first rehearsal was on July 11th and debut show at the Live Room was the 12th and what a joyous sound they made. It was a sold out, packed house. Doors were a little late but I think everyone found the short wait very, very worthwhile. 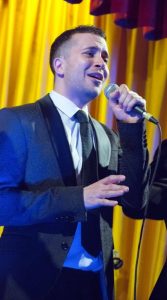 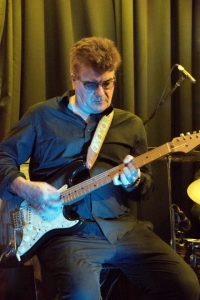 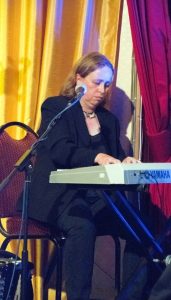 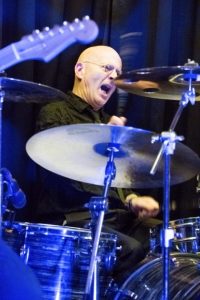 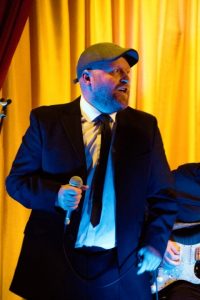 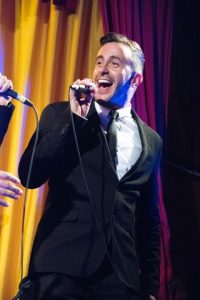 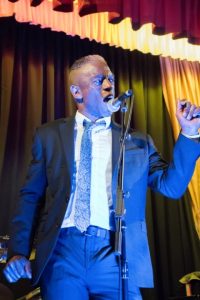 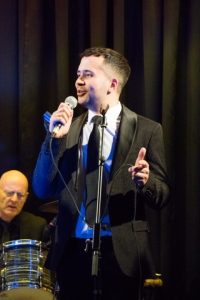 The show started with Amazing Grace, probably one of the best known Gospels songs as an instrumental. The stage starting with only Lorna, Gill and Sandy. As other band members entered this segued into Woman at The Well. With 4 vocalists all sporting suits and ties the show started at serious pace and continued like that for the entire night. Earl took the lead on all song intros and stories. He is a superb showman. The Revivalist feel had hit Saltaire on a Thursday night. The music provided by Lorna, Gill, Sandy and Dave was immaculately tight yet free flowing and fresh. A different feel on what were relatively well known gospel songs enhanced by Sandy’s masterful guitars, switching from Electric Fender to a borrowed 1929 National Steel and an acoustic at times also. Lorna playing a 5 stringed electric bass as well as the upright bass, Gill playing keys and accordion and Dave keeping a fantastic rhythm and beat with drums. 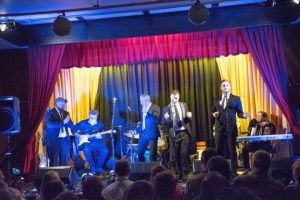 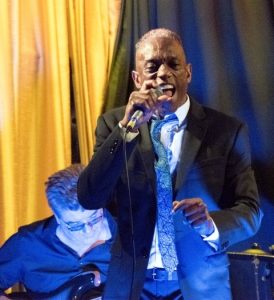 Bluesy, jazzy gospel with soul. The music was flawless and it looked so effortless. The band seemed to having a great time. All vocalists were superb showmen. Despite the limited space we had synchronised dance moves, the audience fed off this and were quite ecstatic, towards the end all standing, clapping, singing and swaying as per regulatory Revival Tent meetings. Your medication possibly needed examination if something wasn’t moving or trying to move. 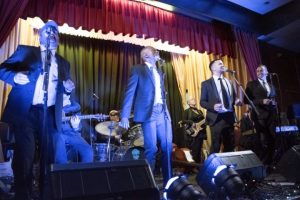 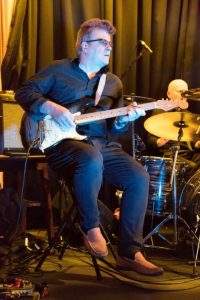 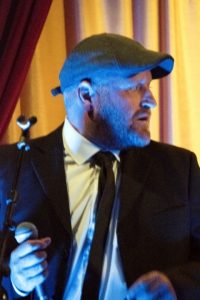 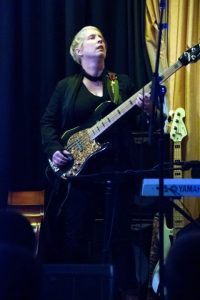 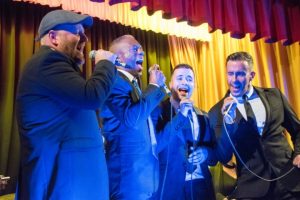 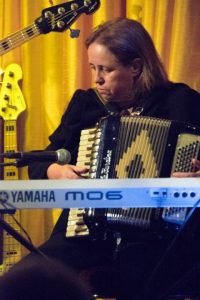 Songs performed during the night were favourites of Earls as performed on his 2006 CD Gospel Plantation. Songs featured included Joshua Fit The Battle , Will The Circle Be Unbroken , When We All Get To Heaven, Glory Glory. Only Greig’s performance of None Of Us Are Free is not featured on the CD. What was unfamiliar was the sheer power of delivery and performance of the songs. One of the very best Live Room shows ever. As is the way all great things must come to an end . Last Mile Of The Way paved the way for a vocal encore of This Little Light Of Mine , sung by all band members. A twist at the end in homage to Scotland being the entrance of a lone piper from the back of the room echoing the refrain of the song. Definitely not something you see at most Revival meetings. 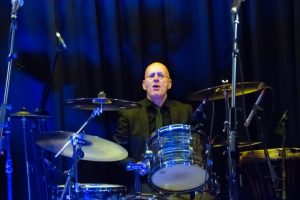 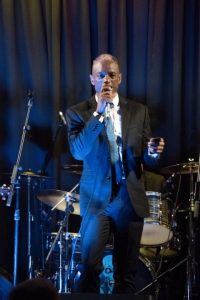 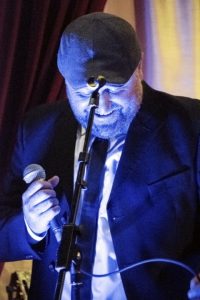 This show was so good it was sad it had to end BUT I am informed that the Edinburgh shows will be pro filmed with 8 cameras and multitrack sound so hopefully the shows will be available later in the year – I really hope so. Anyone in or near Edinburgh this weekend should check them out. 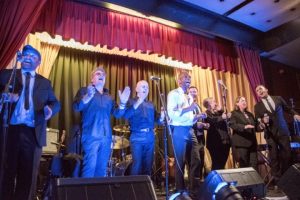