From Psychedelia to Sonnets – a life in words and music – this is the remarkable journey of Ashley Hutchings – ‘The Guv’nor’! 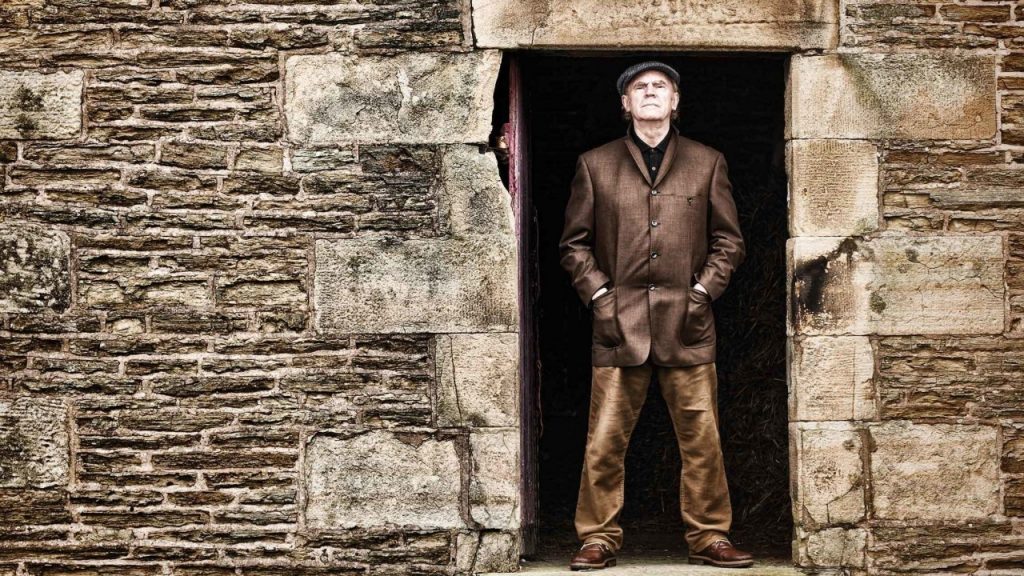 Ashley Hutchings MBE is renowned as the founder of Fairport Convention and other successful folk rock bands including Steeleye Span and the Albion Band (in all its many guises and reincarnations).

What is less well known about Ashley is his talent as a wordsmith. In 2014 he published his first book, Words Words Words, a personal selection of song lyrics, poems, sonnets and other writings that both span his entire career – and tell his story.

An evening in Ashley’s company is an opportunity to listen to him tell the stories behind the writings. With humour, drama and passion he takes the audience back in time to revisit the heady days of the pschedelic 60s and onward through the following years adding detail to the history of the bands he has created and describing some of the many projects he has brought to fruition.

To set the scene for some of the stories, Ashley has invited talented singer/multi-instrumentalist Ruth Angell and singer/guitarist Becky Mills to share the female parts of several of the pieces that he has written and will talk about. They will also perform some of the songs and accompany him on acoustic guitar, violin and harmonium.

'Ashley Hutchings is the single most important figure in English folk rock. Before that his group Fairport Convention recorded some of the best versions of my unreleased songs. Listen to the bass playing on Percy's Song to hear how great he is.'
- Bob Dylan