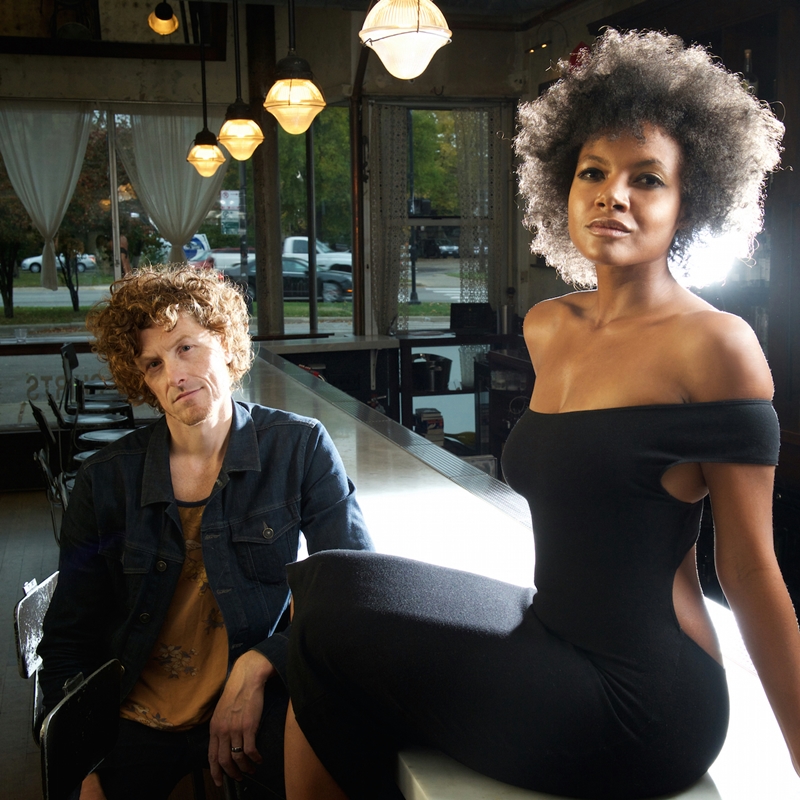 In so many ways, we are a word weary culture, ever searching for ways to communicate in fewer and fewer words, letters, syllables...Our online, blogged out, you-tubed attention spans are truncated and fragmented like never before. Birds of Chicago, the collective centered around Allison Russell and JT Nero, reassert the simple notion - radical in these times - that beautiful words and music can still tap deep veins of emotion.

real midnight's gonna come/ real midnight's' gonna come
real wolves at your door/ with blood on their tongues
now what you gonna do/ with your days left in the sun?
ha da la ha

Stark, elemental imagery that feels like scripture, or a lost folk song recovered; the Birds draw heavily on the gospel tradition and the music feels like a new, secular gospel of sorts. For Birds of Chicago, every word counts. Every note counts. No gold-dusting, no filler. Music is the good news and Real Midnight, the band’s poignant Joe Henry produced album, throbs with an urgency that feels quietly seismic.

Birds of Chicago was born in 2012 when Nero began writing for his vocal star-muse, Russell. Both were accomplished singer/songwriters with projects of their own, Nero with JT and the Clouds and Russell with the acclaimed Canadian roots outfit Po’ Girl, but together there was an unmistakable chemistry. Nero had found the perfect voice for his rock and roll psalms. Russell moved from being a primary songwriter to an interpreter, and her simmering restraint is deeply refreshing to a landscape scorched by post Voice/American Idol vocal gymnastics and over-emoting.

On Real Midnight, Birds of Chicago alternate moody rock swagger with the ghostliest of soundscapes. Produced by Joe Henry, a man who’s expert blending of light and shadow is well known, the album is a melancholy - but never shoe gazing - suite, full of wayward, joyful, lonesome voices raised up against the night.

Music this raw and soul-rich demands to be experienced live, and Birds of Chicago have developed a fervent following, touring 200 nights a year since their formation in late 2012. For these Birds, singing for a room full of new people, hearts wide open, keeps off the cold and chases off the shadows.