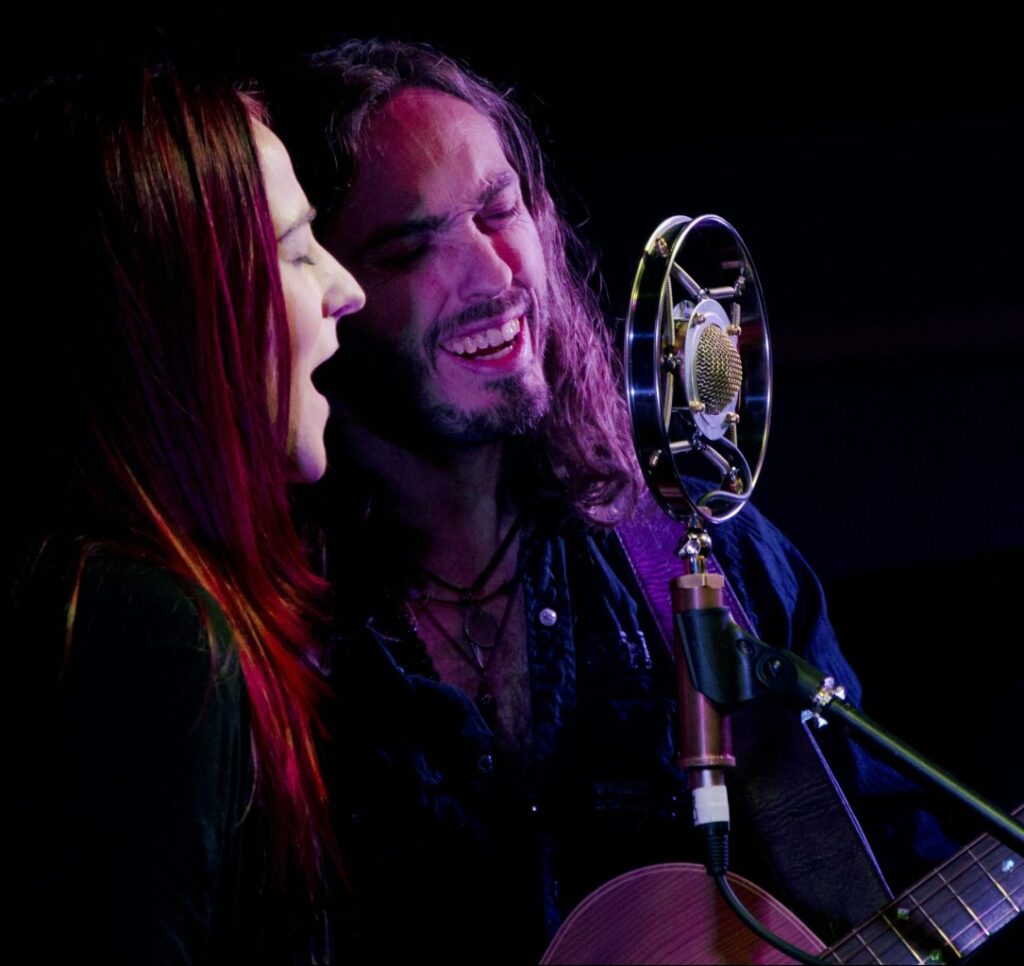 We're thrilled to welcome back this superb duo, who last played for us in 2014 before spending some years in the US.

The ability to write songs that are both modern and ancient is a rare thing. The product of an arcane art of weaving in traditional influences so thoroughly that they become the warp and weft of fresh creations.

The Black Feathers, made up of Ray Hughes and Sian Chandler, are two such talents. They first became aware of the magic between them while collaborating on several musical projects, becoming The Black Feathers and life partners in 2012.

2016 was an incredible year for the The Black Feathers. Their debut album was met with critical acclaim and broke into the Top 10 in the iTunes Country chart and the Official UK Americana Chart. A live album recorded at The Convent in Stroud was also released and very well received. Tours in the UK and the USA, as well as an Irish tour supporting Eddi Reader kept Sian and Ray busy throughout that year.

2017 saw a noticeable up-tick in their profile with further US tours including a very successful visit to the NERFA conference in Stamford, CT as well as more UK touring and festival appearances. Further US tours in 2018 and 2019 continue to consolidate their North American fanbase.

Reviews of Soaked To The Bone:

‘Mesmerising and stunning in equal measure...An artistic triumph for a duo of undeniable talent.’ – Fatea Magazine

‘Draws you in for a brilliant, effervescent ride from the moment you press play’ - Maverick ★★★★