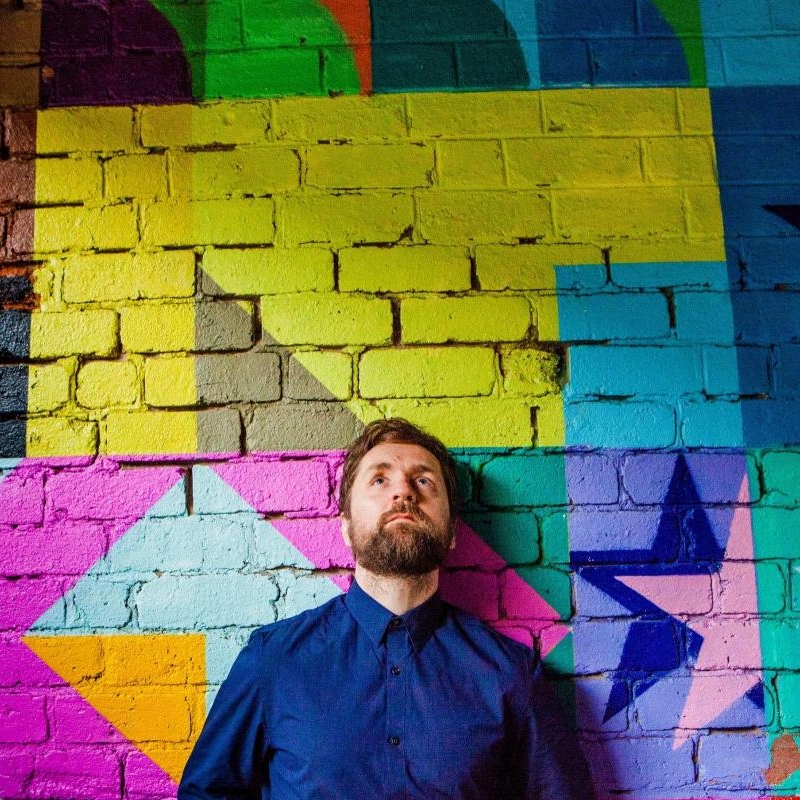 Edinburgh born Ross Wilson spent his creative formative years in East London, then moved to South England ‘to be by the sea’s energy’ but it is in his homecoming that he has found where his heart is. Life wasn’t always simple for Wilson. “I have swapped one type of chaos for another” says Wilson.

A nomad both geographically and musically, Ross writes from the heart eschewing any specific genre and the twelve songs on new album The Water Of Leith, addressing themes of love, loss, travel, home, accepting the past and embracing the future, are painted with colours of folk, jazz, soul and pop; an eclecticism that has become a hallmark of Blue Rose Code and has seen him compared to John Martyn, Van Morrison and Tom Waits.

Underlining the sense of movement and place in Ross’s work and The Water Of Leith is rooted in his return to his Scottish homeland. There, he reconnected with the stellar musicians who were to become an integral part of the new album’s sound: multi award-winning singer Julie Fowlis, celebrated Gaelic singer Kathleen MacInnes, BBC Folk Award Winner, Ross Ainslie, 2017’s Scottish Jazz Awards’ instrumentalist of the year Konrad Wiszniewski, leading violinist Seonaid Aitken and three of Scotland's finest jazz musicians; John Lowrie, Colin Steele and James Lindsay, to name just some of the contributors. Grammy-winning American singer-songwriter Beth Nielsen Chapman features on the opening track. Ross co-produced the album with Angus Lyon.

Wilson cites taking his last drink as the start of living rather than the end of the drinking. Now a committed enthusiast and creative whirling dervish, Wilson has seen the past few years produce some of his most exciting work including the album ‘THE BALLADS OF PECKHAM RYE’, which was nominated for the prestigious Scottish Album Of The Year Awards in 2014 and featured a roll-call of remarkable talent, including Danny Thompson, Karine Polwart, John Wetton, Aidan O’Rourke and Kathryn Williams.

The Blue Rose Code game has certainly changed, they are heard regularly in session for the BBC (TV and Radio), STV, Alba, TG4, Virgin Radio.

Live performance is where Blue Rose Code connects strongly with their audiences, they have toured the length and breadth of the UK selling out venues wherever they go and leaving a trail of fans in their wake. Featured in festivals Celtic Connections, Edinburgh Fringe, Looe, Summer Isles, Lindisfarne, Southern Fried, Underneath The stars.

Ross Wilson has spent most of his musical life curating; he sculpts his band to every mood and temperament in order to create the perfect happening.
As the man at the helm of Blue Rose Code, he is, part director, part sculptor...total chameleon.

‘The Water of Leith is an ode to forgiveness, to letting go of the past and holding on to hope – it's an astonishingly accomplished, pure and sincere record’ ***** THE SKINNY

‘a work laden with beauty, possessed of depth, heart and soul’ - AMERICANA UK 9/10