The return of the amazing twin brothers from the USA! 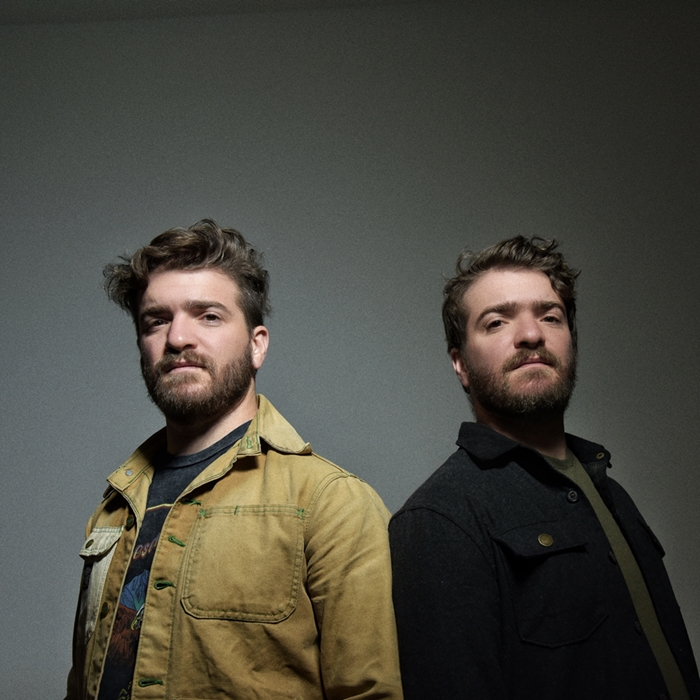 The Brother Brothers are the indie folk duo of Adam and David Moss. The identical twins were born and raised in Peoria, Illinois and originally based in Brooklyn, but have been ultimately and profoundly shaped by indiscriminate rambling. They are the kind of people who have a story about everything, and moreso, one you might genuinely like to hear.

Plopped atop virtuosic musicianship and enlivened by true blood harmonies, these stories come to life on the band’s stunning sophomore album Calla Lily, produced by Grammy-nominated Ryan Hadlock (The Lumineers, Brandi Carlile, Vance Joy). According to American Songwriter, “Calla Lily proves that no matter what musical context Adam and David Moss may come to put themselves in, what the duo wants to say through music will always come to show the beauty that exists—even in the deepest cracks—of human living." Proclaims No Depression, “the warm harmonies and silky melodies of identical twins David and Adam Moss evoke the kind of ’60s-era folk tunes that reverberated through dark, wood-paneled bars in the Village… If these brothers aren’t among the Americana Music Association’s nominees for Emerging Artist or Duo-Group, I want a recount.”

Keep an eye out in Early August for their third release on Compass Records, an album of covers, inspired by an inward reflection of the roots of their inspiration during a time of great uncertainty and creative insecurity.

“With fingerpicked arpeggios, a splash of funky electric keyboard, and some close harmonies that suggest Simon & Garfunkel over Willie Nelson, the Brother Brothers offer a bittersweet ode to the touring life and days that seem long past” - Rolling Stone Country

“With their lush harmonies and warm acoustics, the sophomore LP from The Brother Brothers is crowd-pleasing folk at its most enjoyable” - Rough Trade

“Paul Simon–like lead vocals pairing with crisp electric guitar to paint a vivid picture of being serenaded in an intimate venue.” - FLOOD Magazine

“…as identical twins, Adam and David Moss are mirrors of each other, making for exquisite vocals on their new album, Calla Lily. It’s a beautiful piece of country-folk.” - Lyric Magazine