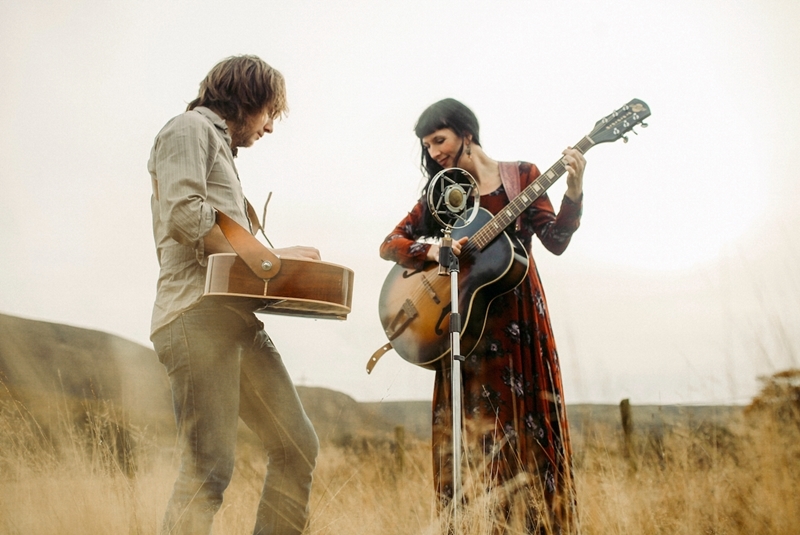 A chance meeting at their local Black Fen Folk Club in Cambridge uncovered Hannah and Ben’s shared musical passions and sympathies, that over time has developed into a unique and intimate show of American roots and English folk music.

Huddled round a single microphone, singing intimate duets with just mountain dulcimer, dobro and guitar Hannah Sanders and Ben Savage are a folk duo that look and sound classically timeless, yet feel refreshingly unique. Fleetingly, they may evoke a memory of Gram and Emmylou, Shirley and Davey, or Gillian and David but their warm distilling of influences from both sides of the Atlantic produces a refined sound that is decidedly their own.

The material is as joyful and fun as it is intense, but the common factor is the duo’s warmth and confidence in each other; their natural ease and connection is clearly evident on the recorded music, and a genuine pleasure to witness on stage.

‘Flawless’ - Folk Picks of the Month, The Guardian

‘Sanders has a voice of such sparkling clarity that soars above and dips around Savage’s dobro and their harmonies are exquisite.’ - No Depression

‘Spellbinding… Hannah and Ben were born to play and sing together.’ - fRoots 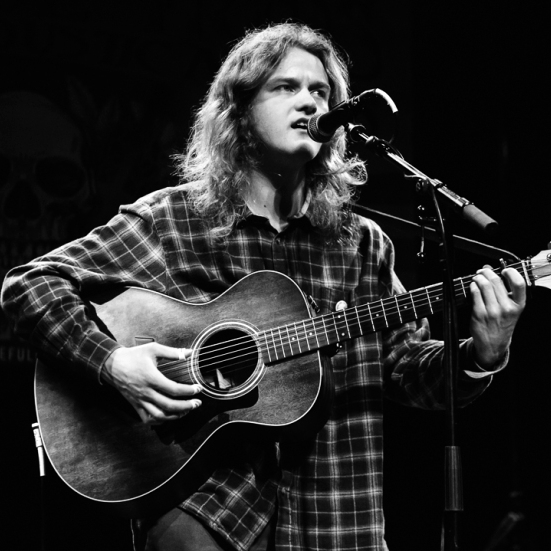 With a sound rooted in the haze of the English folk revival, Henry Parker takes up a style crafted by players such as Bert Jansch and Nick Drake in the 1960’s and early 70’s. The open tuned acoustic calls to mind ‘Folk-Baroque’, a term once used to describe all those who followed in the footsteps of the great originator Davy Graham. While his songs and tunes arrive either worked from his own hand, or are borrowed and developed from the traditional British folk cannon. Those that have seen him perform on a hollow-body electric guitar, understand the influence and impression that modern jazz has made on his music.