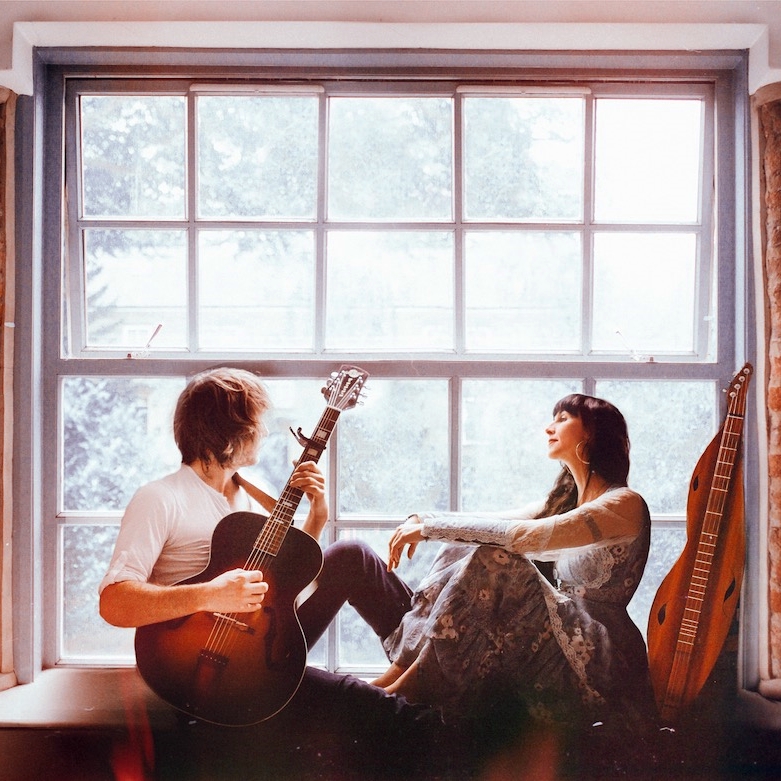 Since emerging in 2016, Hannah Sanders and Ben Savage have been defying all conventions of style, genre and compartmentalisation. This seemingly unlikely duo have recorded two studio albums, Before the Sun (2016) and Awake (2018), produced by award-winning producer David Travers-Smith in Toronto, both praised for the crafting and skill of their musical writing and arranging. They have toured the UK, North America and mainland Europe, enrapturing audiences at shows and on festival stages alongside Americana and folk luminaries such as Sarah Jarosz, Martin Simpson, Seth Lakeman and Oh Susanna. They also appeared at the West Java World Music Festival, Indonesia in 2019.

On the face of it, you can’t imagine this duo summoning enough common ground for an afternoon chat over a cup of rhubarb juice, let alone make astonishing, original music together. Ask someone to describe their music or say who they sound like … and they will be bereft of words.

‘Americana’, some yelp. Yeah, maybe there’s a bit of that, but at other times they sound quintessentially English. Oh, then they must be British folkies, comes the cry. Sort of, but not really, because they do all this other stuff rooted in American music too. Shall we just call them traditional? Not at all – they may incorporate various traditions, but they play contemporary music and have their own unique writing style too.

Playful and instinctive, they constantly do the unexpected; yet they do it with such panache and natural chemistry it makes perfect sense. They are true originals, that’s all there is to it. Distinctive. Innovative. Ground-breaking. Unique.

‘Spellbinding… Hannah & Ben were born to play & sing together’ - fRoots

‘Flawless’ Folk Picks of the Month - The Guardian