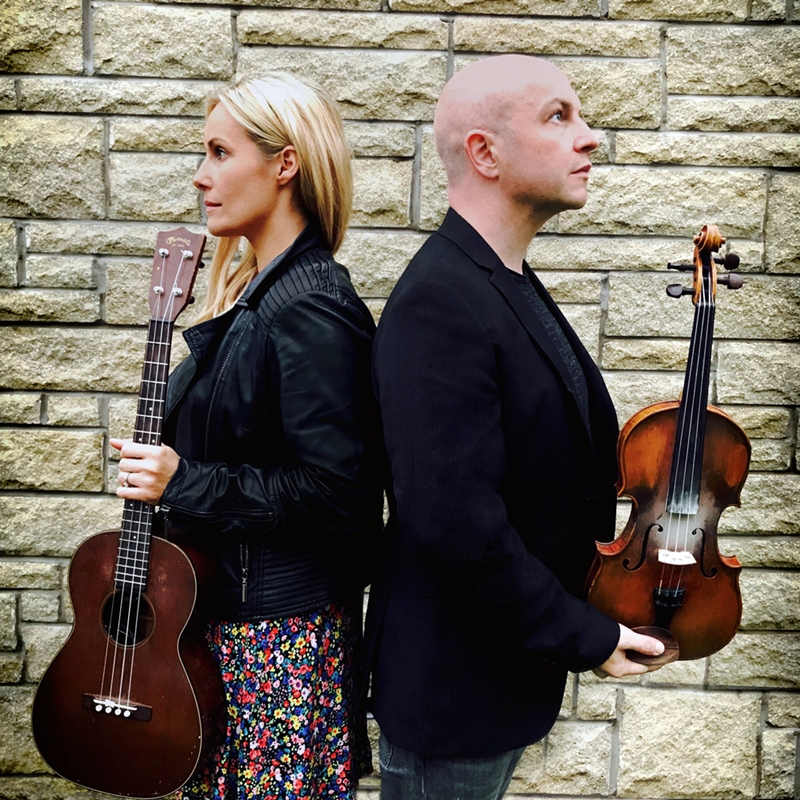 Two of folk music's most highly regarded and celebrated musicians, John McCusker and Heidi Talbot, are joining forces for the first time as a duo. 2018 will see Heidi and John celebrate their tenth year as musical partners with a new EP released in November on Under One Sky Records and an extensive Uk & European tour. John has produced Heidi's last 3 albums, they have both toured all over the globe in each other’s live bands, but this will be the first time the pair collaborate exclusively as a duo. Between them they have shared the stage with among others - Paul Weller, Mark Knopfler, Alison Krauss, James Taylor, Teenage Fanclub, Graham Coxon, Eddi Reader, King Creosote, Tim O'Brien and Jerry Douglas.

In celebration of his 25th Anniversary as a professional musician, John McCusker released ‘Hello, Goodbye’ in 2016, and embarked on an extensive UK & European tour. John has long been renowned for his skill at transcending musical boundaries: striving to keep his music fresh and exciting, never leaving the past behind but always embracing new sonic adventures. Since 2008, he has been a member of Mark Knopfler's band, playing arenas around the world including a double bill with Bob Dylan at The Hollywood Bowl and 20 nights at the Royal Albert Hall. John was awarded the coveted BBC Radio 2 Musician of the Year in 2003 and also The Spirit of Scotland Award for music in 1999 and again in 2009. 2016 saw John receive the Good Tradition Award and perform with his band at the BBC Radio 2 Folk Awards at The Royal Albert Hall.

Over the past ten years Heidi has performed both as a solo artist and with the world famous group Cherish The Ladies all over North and South America, the UK and Europe, Australia and New Zealand performing in the finest concert halls and international festivals. She is equally at home in front of a symphony orchestra, a performing arts centre, a folk festival or even at the White House.

Heidi has been nominated for Folk Singer of the year and Best Traditional Song by BBC Radio 2, Best Live Act by the Scottish Traditional Music Awards and Best Female Vocalist at The Irish Music Awards. Heidi's fifth solo LP plays to the tune of quiet skips and giant leaps. It crosses the ages, jumps into the unknown, traverses oceans and musical styles – from folk, through Americana, to classic pop, and back again. The Co Kildare singer/songwriter, who now resides in Scotland is joined by a host of musicians and co-writers on the album, including Louis Abbott (Admiral Fallow), Duke Special, Adam Holmes and Boo Hewerdine.

‘One of the UK’s most gifted and versatile musicians in any genre, John McCusker is equally in demand as a multi-instrumentalist, producer and composer’ - The Guardian