The TLR debut for this fabulous singer and musician, he will be performing with his full four-piece band! 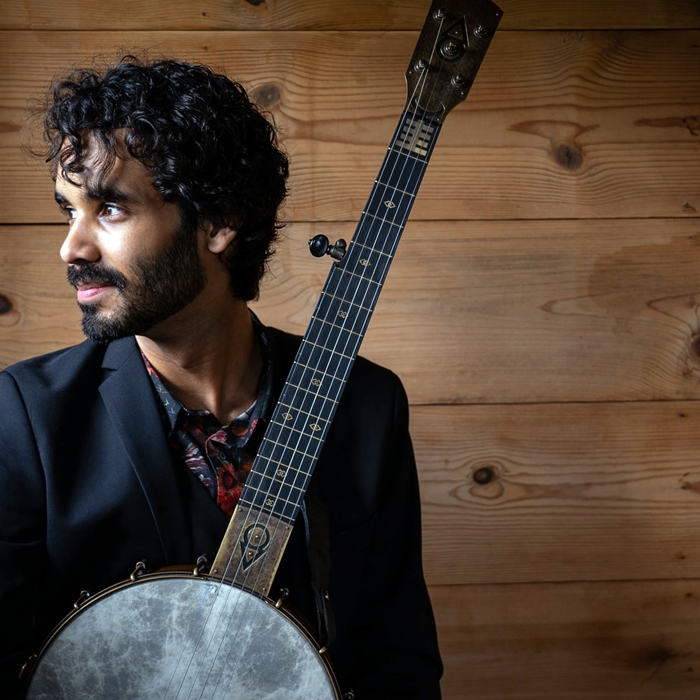 Jake Blount is an award-winning young American musician and scholar based in Providence, Rhode Island. His debut full length solo album Spider Tales was released in 2020 to widespread acclaim, with glowing reviews from The Guardian, Rolling Stone and more. A compelling performer and exceptional banjoist, fiddler and singer, Jake was also one of the winners of the 2020 Steve Martin Banjo Prize.

Jake’s work shines a light on the major contributions that Black, Indigenous and LGBTQ artists have made to American folk and traditional music, often previously overlooked. A two-time winner of the Appalachian String Band Music Festival instrument contest, Jake was the first Black person to ever make the finals. He has studied with many luminaries of old time music including Rhiannon Giddens, and Bruce Molsky, and has shared his music and research at the Newport Folk Festival, the Smithsonian Institution and Yale University, among many other venues and institutions.

‘On top of being wildly intelligent and knowledgeable, he's also a killer musician and it's an incredible combo.’ - Rhiannon Giddens