In one phrase? Folk-fused baroque ‘n’ roll for the modern world! The first visit to TLR by this great 6-piece band! 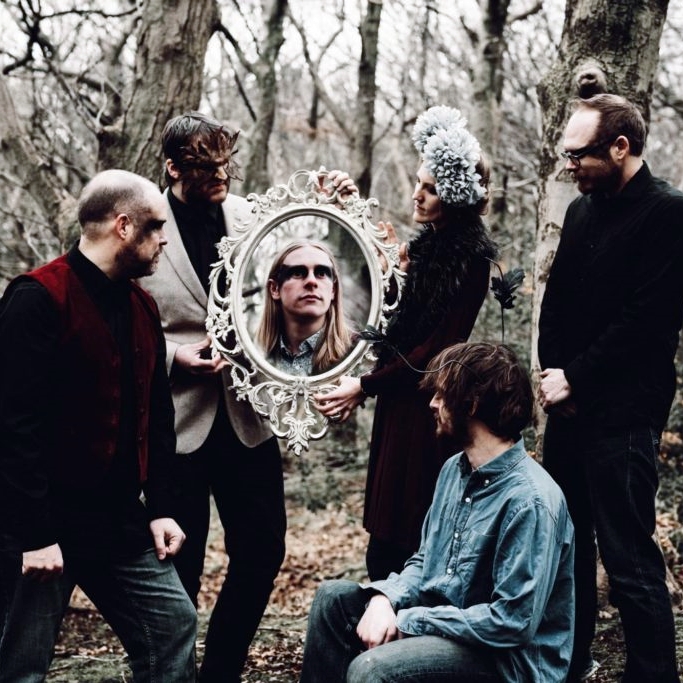 Born and bred in (well, he’s not sure where) Joshua learned at an early age that ‘home’ could be found in music, rather than a place. An upbringing on the move led to a cross-pollination of styles, stories and influences which Joshua distills into his own contemporary sound. As a self-professed album artwork addict, Joshua’s work delivers a dose of escapism and entertainment in equal measure, from the artwork through to the last note.

Having cut his teeth playing folk festivals throughout the UK and releasing his critically-acclaimed arrangements of traditional songs, Joshua now returns to his original songwriting roots.

With music ranging from stomping, acoustic sing-alongs, Bowie-esque music hall epics, and alt-pop singles - whilst keeping a sharp focus on the traditional themes - Joshua is fast carving out his own unique corner of the genre.
Being somewhat of a ‘story magnet’, Joshua has found inspiration in anything that sticks with him: folk singers who went missing for thirty years; the time he ended up on the run with a deer as they were both chased by hunters; the anecdotes of Sir Ian McKellen, and stories of concentration camp inmates planting flowers to brighten up an otherwise ugly world. His latest album, Flowers Where The Horses Sleep, explores humankind’s remarkable ability to find beauty, even in the hardest of times. Joshua and his formidable live band are promoting the album on selected tour dates in 2021.

Joshua's latest single, Shelagh's Song, is a biographical tribute to folk singer, Shelagh McDonald, who went missing for 30 years. Upon hearing the song, Shelagh McDonald wrote, “No artist could ask for a better tribute from a fellow artist such as this gem of a song.”

Winner of the Rising Star award in the Folk Awards.

‘... adding lashings of Peter Gabriel stylings to the world of trad arrangements.’ - The Guardian