The return of one of the UK’s greatest ever and most innovative live bands, this time stripped back around one microphone! 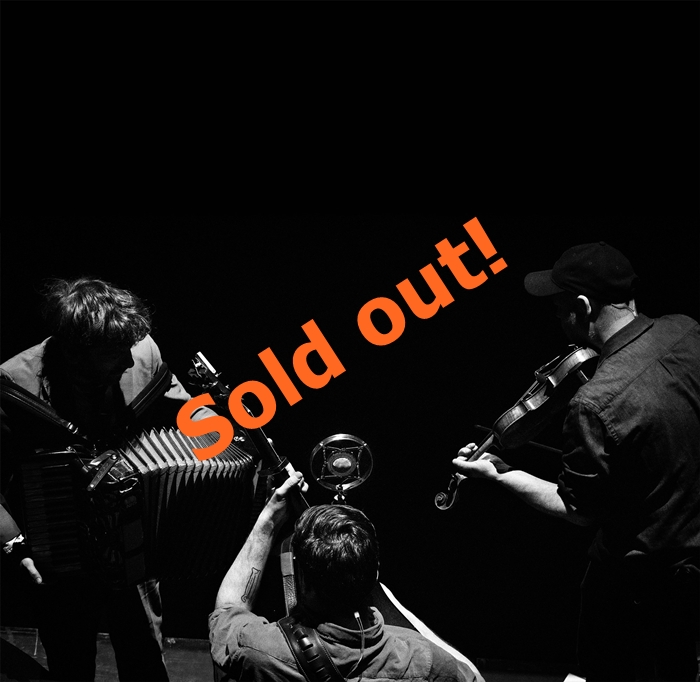 Recorded direct from the concert desk in January 2020 by Lau’s sound engineer Tim Matthew, Unplugged captures Lau live at the start of their Unplugged Tour.
The Scottish trio of Kris Drever, Aidan O’Rourke and Martin Green recreate and rearrange material from across their catalogue for the Unplugged tour and this album highlights about an hour of raw, stripped down Lau performance, with no studio overdubs or re-recording.

About the release and tour the band said…

‘Unplugged means no wires or electronics with the exception of a 4 track tape recorder which seemed reminiscent enough of the old days that we kept that, there are no peddle boards or computers, or wires between instruments and microphones (which are just electronic ears) so its very different to our previous shows. The format of performing acoustically was forced upon us one night in Bath, our stage equipment and luggage didn’t make it to the venue due to an airline mix up so we played unplugged and it felt liberating, we then spent a number of months creating a new show without wires.

After our first Unplugged shows in January we were inundated with requests for a recording of what the audiences had just heard so it’s great to be able to share a new live album. Tim Matthew our sound man and longtime collaborator records many of our shows just for reference but this time we felt the reference was of great quality and a strong enough representation of the concert to release it as a record.

Having less equipment has been a genuinely freeing experience and has had the fortunate by-product of making listening a bigger part of this show, having less technology to control has been both enjoyable and good for the music it helps us focus in even more. We are not returning to the band we were for Lau Live in 2008, this is us as we are now, a completely different band: taking the recent pieces of electronic based music and making acoustic versions.

During the Midnight and Closedown tour we experimented with the use of just one microphone for part of the show, performing that way felt good so we have expanded this further for Unplugged.

Twenty years into being touring musicians it’s a joy to still be finding new places to play, not just for the possibility of new service stations or chip shops. We are going to the likes of Greenock, Bodmin, Constantine and Folkestone this summer. Lau will also play a homecoming show at one of our favourite venues - Edinburgh’s Queen Hall. It’s such a great space to hear music and that just makes the listening an even more important part of the overall experience!’

'Lau are a remarkable band – the most musically adventurous trio in British folk – exquisite and hypnotic, musicianship at its best’ - ★★★★★ THE GUARDIAN

‘Quite unlike anything else out there’ - ACOUSTIC Magazine