First visit to TLR of this award-winning Canadian duo! 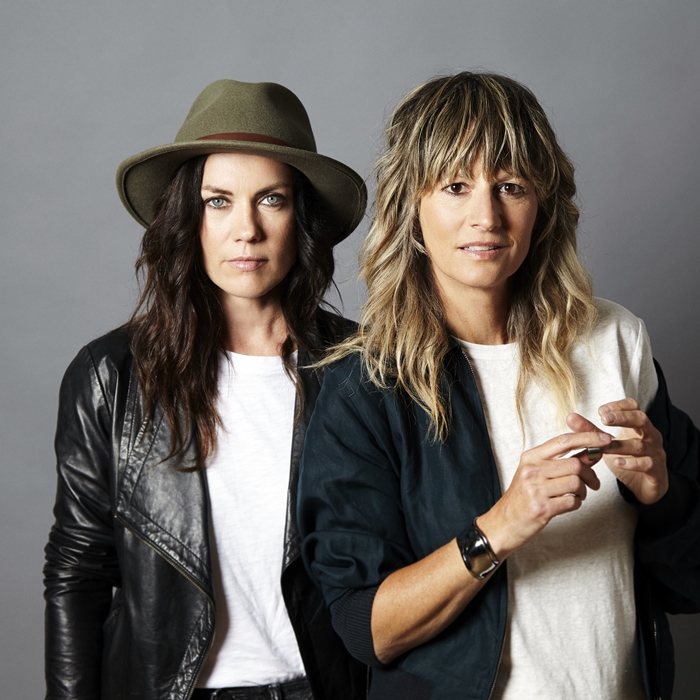 The pair, who grew up on rural Cape Breton Island, came together musically in the late 1990s, over many evenings in Brenley’s grandmother’s kitchen, which was always bursting with food, family, friends, and instruments.

Influenced by their maritime heritage, the East Coast musicians began creating music together that had roots firmly planted in their past, but with contemporary and modern elements generously overlaid.  Categorizing Madison Violet’s music is an impossible task, in that one can hear elements of folk, singer-songwriter, pop, indie, bluegrass, and country flawlessly interwoven throughout.

MacIsaac and MacEachern are exceptional story tellers, skilled multi-instrumentalists, and together, perfect harmonists. Their voices soar, perfectly complimenting each other, as they sing lyrics that will both mend and break your heart.

MacIsaac and MachEachern have released more than 10 albums together.  Their latest record ‘eleven’ was self-recorded and produced, ranking MacIssac and MacEachern among the less than 2.1% of female-identifying music producers in the industry.

‘Eleven’ is considered their most candid album to date, filled with deeply personal stories of love and loss.

The musicians have received dozens of notable accolades for their work, including a JUNO nomination for Roots & Traditional Album of the Year.  They have brought home a Canadian Folk Music Award for Best Vocal Group Album of the Year, have reached the top 5 on the Canadian iTunes download charts, amassed over one million streams on Spotify, and have placed on CBC’s Top 20 multiple times throughout their career.

Their music is consistently played across Canada and throughout the world, and the internationally acclaimed artists are no strangers to receiving glowing reviews for both their studio work, and live performances.

MacIsaac and MacEachern currently live in and around Toronto, Ontario, tour internationally, identify as members of the 2SLGBTQIA+ community, and are fervent advocates for social justice.