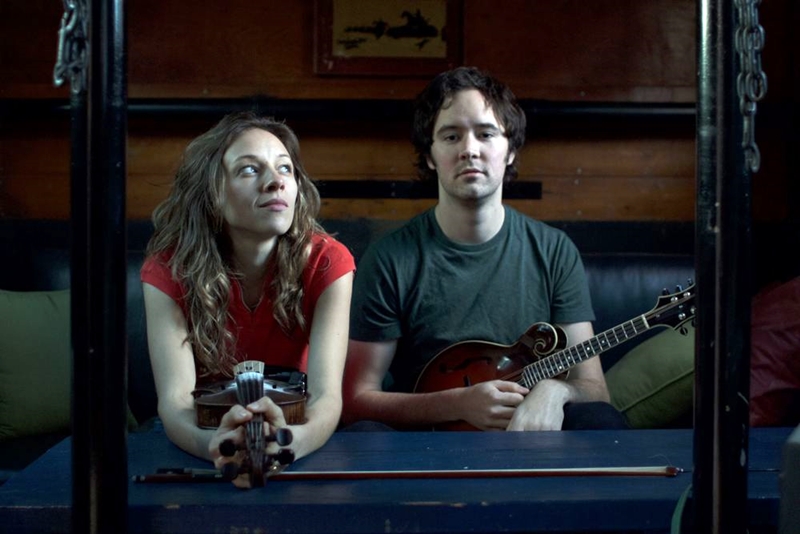 Lean in to Mandolin Orange’s new album, ‘Blindfaller,’ and it’s bound to happen. You’ll suddenly pick up on the power and devastation lurking in its quietude, the doom hiding beneath its unvarnished beauty. You’ll hear the way it magnifies the intimacy at the heart of the North Carolina duo’s (Andrew Marlin and Emily Frantz) music, as if they created their own musical language as they recorded it.

Released on Sept. 30 on Yep Roc Records, ‘Blindfaller’ builds on the acclaim of Mandolin Orange’s breakthrough debut on the label, 2013’s ‘This Side of Jordan,’ and its follow-up, last year’s ‘Such Jubilee.’ Since then they’ve steadily picked up speed and fans they’ve earned from long stretches on the road, including appearances at Newport Folk Festival, Austin City Limits Fest, and Telluride Bluegrass.

They’ve always been keen on the notion that drawn-out recording sessions don’t necessarily yield better results. A good song, and just one good take, will always shine through any studio sorcery. The passage of time, and the regret that often accompanies it, courses through these songs.

A ‘faller’ is someone who fells trees, and in this case that person is blind to his/her own actions and those of the world. The spectral cover photo, by Scott McCormick, is
icon_twitter_58x58
twitter
open to interpretation, too: Either those trees are engulfed in flames or sunlight is pouring through them. It’s up to you. ‘We wanted different vibes and different intuitions on these tracks,’ Marlin says, ‘and I feel like we really captured that.’

‘Mandolin Orange has been quietly gathering local and faraway fans since its debut album was released back in 2010. The North Carolina duo's music -- laced with bluegrass, country and folk -- is often wistful and contemplative without being somber, and always firmly grounded in the South.’ - WNYC Soundcheck

‘The genius of Mandolin Orange is in the subtle but intelligent way they compose their tunes, and the tenderness and care with which it is all delivered.’ - Saving Country Music