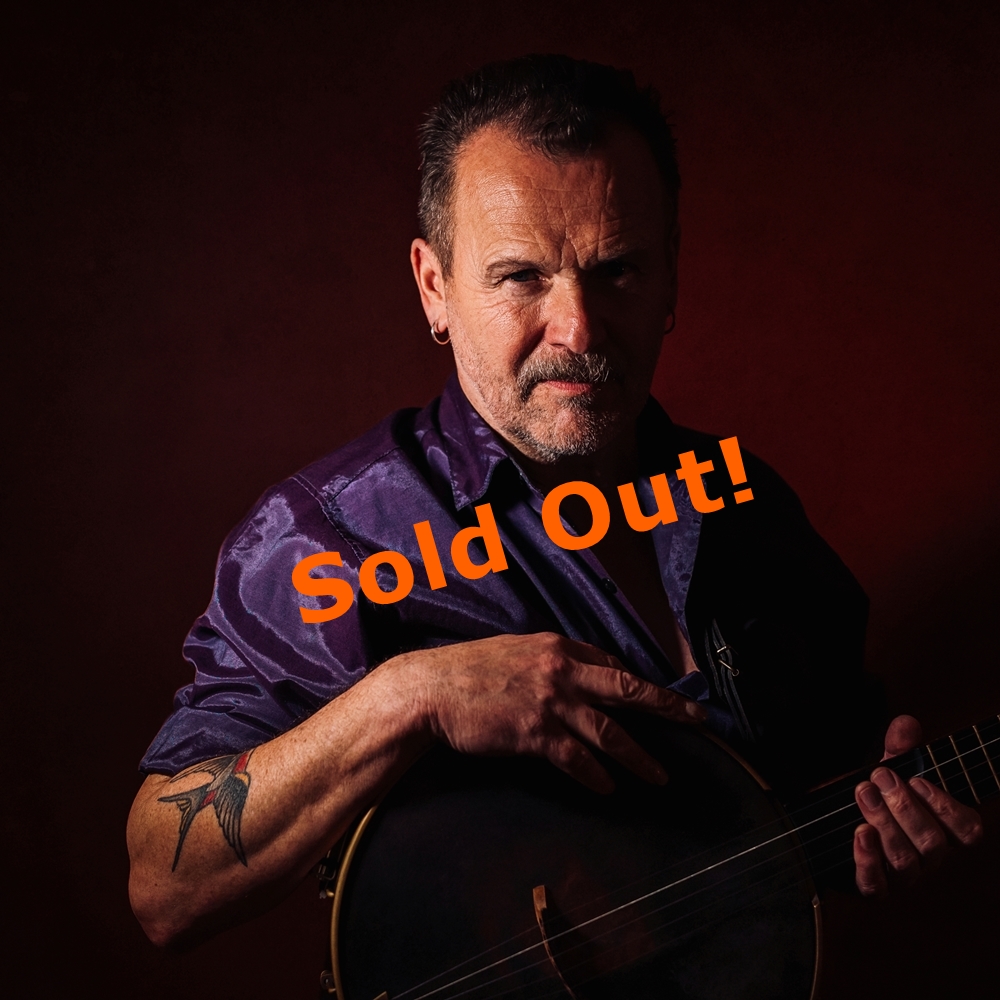 There is no doubt that after 45 years as a professional musician Martin is, right now, better than ever. Widely acknowledged as one of the finest acoustic and slide guitar players in the world, his interpretations of traditional songs are masterpieces of storytelling. His solo shows are intense, eclectic, spellbinding and deeply moving.

There is no-one who has more successfully combined the diverse elements of British, Afro-American and old-timey music than Simpson. His 15 years living in the US were well spent. In addition his own songwriting has produced some real gems, from the truck-stop epic, “Love Never Dies” to the profoundly moving “Never Any Good” and "One Day".

Martin has been nominated an astounding 27 times in the fifteen years of the BBC Radio 2 Folk Awards - more than any other performer - with 9 consecutive years as nominee for Musician of The Year, which he has won twice. 2008 saw an incredible 5 nominations for "Prodigal Son' and 2 wins, whilst in 2010 he had an unprecedented 6 nominations for his CD, "True Stories" and a win for Best Traditional Track, "Sir Patrick Spens". 2012's nominations for Martin include, Best Album for 'Purpose & Grace", Best Traditional Track for "The Lakes Of Ponchartrain" and Best Musician. In 2014 his album, 'Vagrant Stanzas' was nominated for Album Of The Year, but it was a member of The Full English that he collectively took home awards that year, for Best Group and Album Of The Year. 2015 saw him working in a new trio with the wonderful Andy Cutting and Nancy Kerr and they also released an album together, 'Murmurs', to wide, critical acclaim.

He is currently working on new material for his next solo album, which is due for release in time for his autumn tour.

‘Martin is in a class of his own. He is such an expressive player….his clarity of playing is just amazing’ - Jackson Browne

‘One of the virtuoso instrumentalists of the English music scene. Sounds better than ever’ **** 4 Stars - The Guardian

‘Martin Simpson has transcended borders and oceans to quietly become a superb storyteller and musician of great depth and unquestionable taste.’ - Stephen Fearing