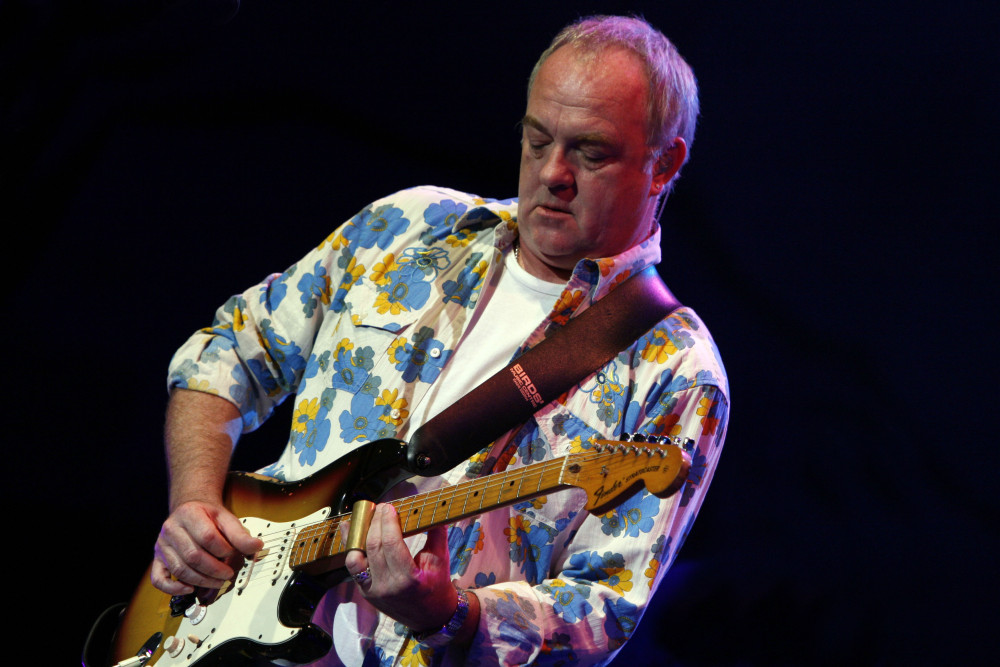 Guitarist Robbie McIntosh has one of the highest musical pedigrees you’ll find anywhere on the planet and has legendary status among his fellow musicians. His career to date includes spells as guitarist with Sir Paul McCartney, Sir Tom Jones, John Mayer, and Norah Jones. Robbie has played many of the world’s top festivals and venues. Among his numerous TV and radio appearances, Robbie was with Sir Tom Jones on Jools Holland’s Hootenanny BBC TV show on New Year’s Eve 2015. As a long-term member of The Pretenders, Robbie played at Live Aid in 1985 and on their top-10 UK hit, Don’t Get Me Wrong.

Robbie’s brilliance across a range of music, both on acoustic and electric guitar has made him one of the world’s most sought after session guitarists, and he has continued to tour and record with many of the most famous names in music.
His band for tonight’s show features some of his old friends and fellow session men, who between them have played with more names than it is possible to mention, but include: The Waterboys, Thea Gilmore, Andy Summers, Go West, Robert Fripp, Leo Sayer, Rory Gallagher, Toyah Wilcox, Lisa Stansfield, Judie Tzuke, Sandi Thom and Andy Fairweather-Low.