Debut of the brilliant Gambian-born kora player and his band! 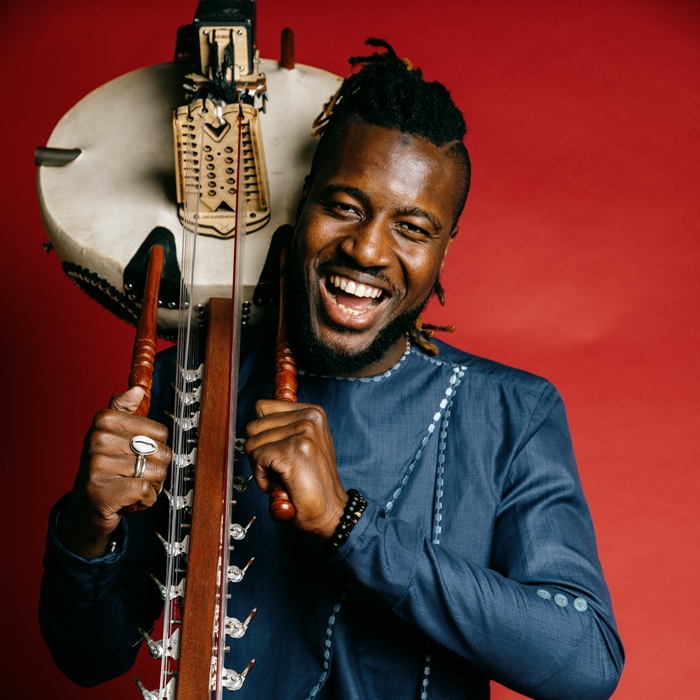 Suntou Susso is a multi-instrumentalist: Kora player, percussionist, singer and composer from The Gambia, born a Griot in a 700-year-old tradition of the Kora – a harp-lute with 22 strings - unique to the Griots of the Mandinka people. Griots have a unique societal role as oral historians, transmitting and preserving a people's culture through the generations in song, music and poetry.

Suntou's family includes some of the world's most well-respected West African musicians. His musical abilities are outstanding, perhaps unique for his generation. An in-demand and charismatic performer, he attracted attention as soon as he arrived on the UK music scene.

A key member of Norway-based 'Kristin Asbjornsen Trio', he co-composed and recorded a successful album, performing at jazz festivals around Europe. As an acknowledged master of the Kora, Suntou was invited to perform alongside world famous Senegalese singer Youssou N’Dour at the O2 in 2018. An impressive moment for any young musician and a seal of approval from the legendary artist.

Here in the UK, he also performs classical Kora as a solo artist at sizable theatres with orchestral productions and across the festival circuit including WOMAD, Hay Festival, Beyond the Border and more.

In The Gambia, Suntou has a huge fan base and has released successful singles and videos. These continue to receive daily exposure on national TV and radio.

He also runs fun and engaging drumming and Kora workshops in schools, colleges and universities to pass this knowledge on to the next generation including Project African Experience for Black History Month.