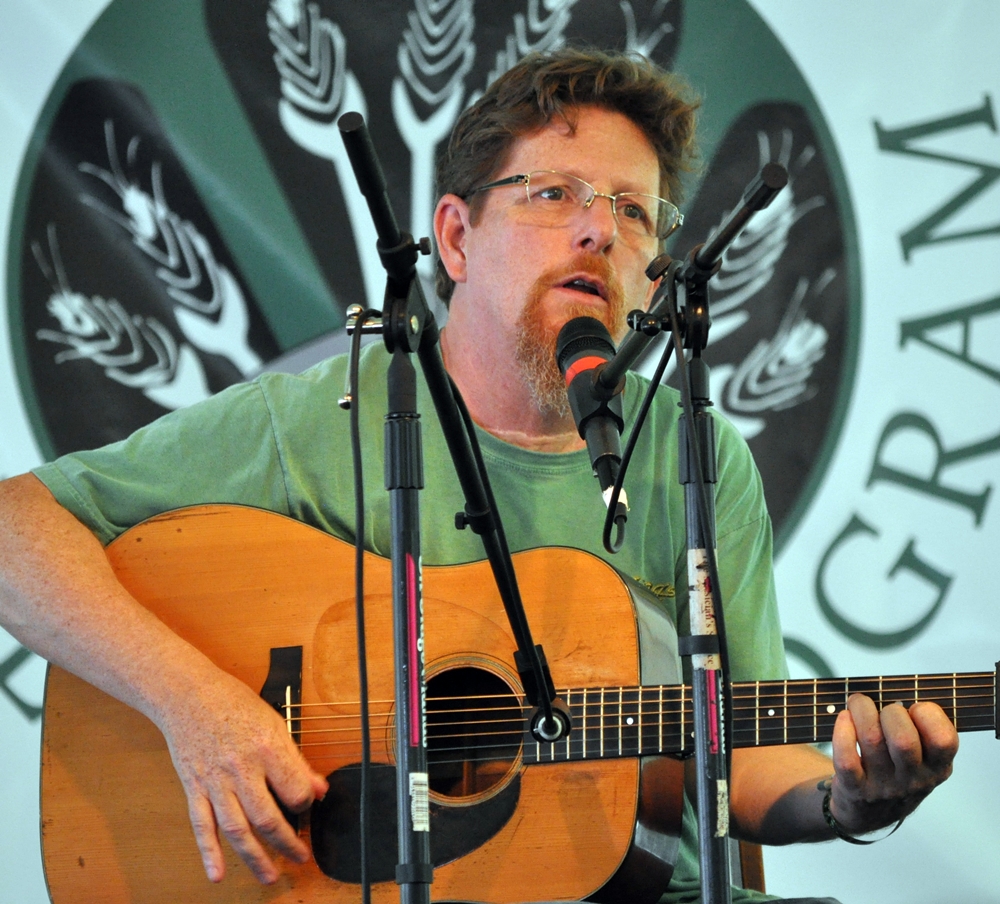 In Tim O’Brien’s music, things come together. The uncanny intersection of traditional and contemporary elements in his songwriting, his tireless dedication to a vast and still-expanding array of instruments, and his ongoing commitment to place himself in as many unique and challenging musical scenarios as possible has made him a key figure in today’s thriving roots music scene – and well beyond it. O’Brien’s presence – be it as a bandleader, songwriter, mentor, instrumentalist, or vocalist – has been strongly felt not only in his own rich music, but in the many recordings of his songs by such artists as the Dixie Chicks, Garth Brooks, Dierks Bentley, Nickel Creek, Kathy Mattea, the New Grass Revival, and the Seldom Scene, and in his recorded collaborations with Steve Martin, the Chieftains, and innumerable others. Most recently, O’Brien has been performing before capacity crowds in the band of Mark Knopfler, who described O’Brien as “a master of American folk music, Irish music, Scottish music – it doesn't matter; a fine songwriter and one of my favorite singers.”

O’Brien listens to bluegrass and hears the music’s roots in modal Irish ballads and vintage swing. He insightfully re-examines and reconstructs those styles, and many others, in his own music, throwing off new sparks by reawakening the tension and interplay of the colliding components at the heart of American music. “Over the years,” he explains, “my music has become a certain thing. Each time I go into the studio to make a new album, I could make an Irish record, or a bluegrass record, or a country record…but it seems artificial to sift anything out. I feel like I’d be leaving out something important. In the end, I just try to make it round…”

The new album from young African-Canadian roots phenomenon Kaia Kater couldn’t come at a better time. As a new generation takes the reins, American roots music is needed more than ever to remind us of the troubled pathways of our own history. Born of African-Caribbean descent in Québec, Kaia Kater grew up between two worlds: one her family’s deep ties to Canadian folk music in her Toronto home; the other the years she spent learning and studying Appalachian music in West Virginia. Her acclaimed debut album Sorrow Bound (May 2015) touched on this divide, but her new album, Nine Pin (May 2016), delves even further, and casts an unflinching eye at the realities faced by people of colour in North America every day. Her songs on the new album are fueled by her rich low tenor vocals, jazz-influenced instrumentation, and beautifully understated banjo, and they’ve got as much in common with Kendrick Lamar right now as they do with Pete Seeger.