From their home in the beautiful Snowdonia National Park, Lisa and Martin, the founder members of 9Bach, bring guitars, keys, loop pedals and a few surprises onto the TLR virtual stage for the night! 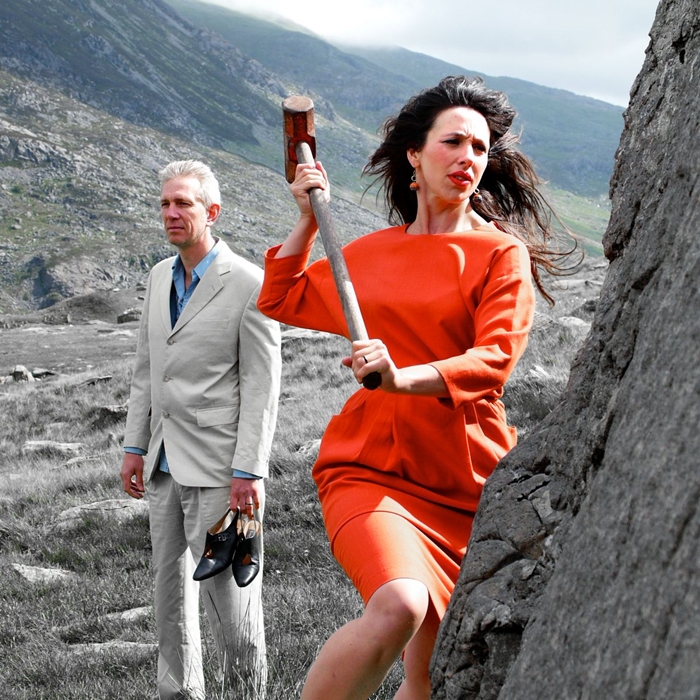 9Bach formed in 2005 thanks to a chance meeting between Welsh singer-songwriter Lisa Jên (also known for her collaborative work with Super Furry Animals’ Gruff Rhys, and Public Service Broadcasting) and English guitarist Martin Hoyland. With their unmistakable sound of Welsh language vocals shimmering alongside swamp guitar, harp, rhythm section and a subtle use of technology, 9Bach have been widely credited with giving a new voice to Welsh song. Their second album, Tincian, was described by The Line of Best Fit as ‘ripped through with transcendence; a brooding melancholy as much as a gossamer dreaminess’, and was voted Best Album at the 2015 BBC Radio 2 Folk Awards by the public.

9Bach’s latest album release is the re-issue on Real World Records of their self-titled debut album. Originally released on the Welsh label Sain in 2009, it received four-star reviews from the likes of The Guardian and Uncut Magazine but has been unavailable for many years.

9Bach consists of Welsh Folk songs encompassing such timeless topics as death, heartache and lost love, with musical arrangements completely different from how they had been approached before. Slowing them down and letting the pain in the songs come through the music, Welsh-language vocalist Lisa Jên and guitarist Martin Hoyland created a unique re-imagining of these folk songs and, in so doing, conceived the musical bedrock that would become 9Bach’s distinctive sound.

9Bach has been critically acclaimed yet again, with more 4**** star reviews in the national press.

‘Charm and fragile beauty are a persuasive combination, and 9Bach have plentiful supplies of both.’ – The Guardian Live Review