One half of Son of Town Hall! 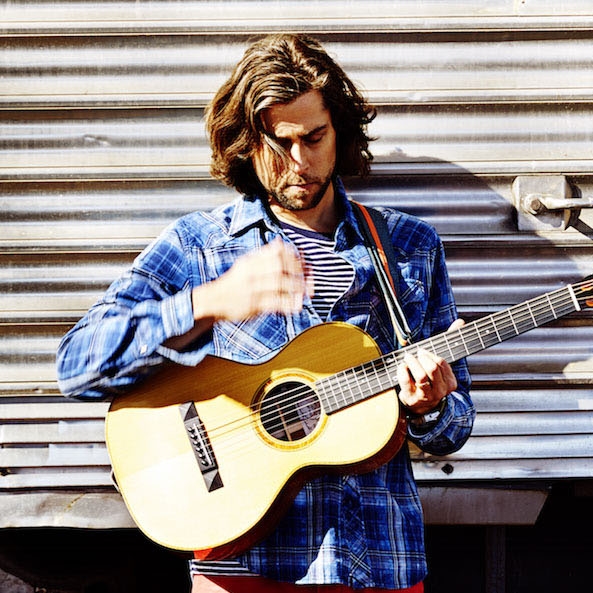 Songwriter and author, David Berkeley, writes songs capable of both breaking and mending the heart. The San Francisco Chronicle calls him a ‘musical poet’, and the New York Times praises his ‘lustrous, melancholy voice with shades of Tim Buckley and Nick Drake.’ He was a guest on This American Life, and he’s won many songwriting awards and honours including ASCAPs Johnny Mercer Songwriting Award. Berkeley has released six studio albums, one live album, and authored two books. His 2017 release was a never-before tried concept: a novella comprising ten intertwining stories and an album of ten accompanying songs (one for each story). And his 2018 EP contains some of his most relevant and powerful music yet, a set of political love songs called The Faded Red and Blue. Berkeley is back with his most intimate and poignant release yet, Oh Quiet World, written during the lockdown after his family escaped Spain due to the Coronavirus pandemic.

Berkeley and his family decided to leave Madrid, where they had been living for the year, as Coronavirus infections began to skyrocket. They packed in haste, leaving much of what they had acquired over the year behind, and managed to get on one of the final commercial flights out. David had planned to leave it behind, but on their way out the door, he grabbed the half-century-old secondhand Spanish guitar he had bought in the city. It was lucky he did, for it was on that guitar that he wrote all the songs for his latest release, Oh Quiet World. David and his family self-quarantined in a friend’s empty house near the Rhode Island coast. He set up a makeshift studio in the attic and began writing and recording songs. “I wrote a song a day that first week back,” Berkeley explains. “Songwriting gave me a way to process my fears and frustrations. It gave me a purpose, something small I could contribute.” The songs are his most stripped back, supported by his wife and children’s singing and the most barebone arrangements with touches of horns, accordion, and banjo. Despite the hard topic, Oh Quiet World manages to find hope through the hard times. The whole album plays like a prayer, beginning with the call to ‘wake up in the early light’, and ending with the word, ‘amen.’

David Berkeley’s gift as a songwriter and storyteller is that he sees both the tragedy and comedy in life, managing to both reveal the sorrow and the blazing beauty at the heart of the human condition. It’s a duality that audiences experience at all of Berkeley’s shows as well, as he tells uproarious stories between cathartic songs.

Berkeley lives with his wife and two boys in Santa Fe, New Mexico, USA. In addition to his solo career, he is also one half of the wildly creative Trans-Atlantic costumed duo Son of Town Hall who just released their debut LP to wide praise. Berkeley’s music has also been remixed by many of the world’s top EDM DJs. He tours extensively all over the country and world and has opened/toured with Dido, Don McLean, Ben Folds, Billy Bragg, Ray Lamontagne, Nickel Creek and many more. He was a Kerrville New Folk winner, a New Song and Rocky Mountain Folks Festival Finalist. He’s performed on Mountain Stage, The World Café, the Sundance Film Festival, South by Southwest, XM Loft Sessions, Acoustic Café, to name a few.

‘Berkeley crafts his songs like watercolour paintings. Intimate and introspective, his gentle
yet colourful melodies are graceful and resonate long after the last note fades.’ – Creative Loafing, Atlanta